RIP Devon Clifford of You Say Party We Say Die

Edit: Spinner has a piece on Clifford's passing

Sad news to pass along, as You Say Party We Say Die drummer Devon Clifford died over the weekend after suffering a brain hemorrhage during a gig in the dance-punk band's native Vancouver. Now I'm bummed I missed their show last month at TTs, and will listen to "XXXX" tonight. Dark Days, indeed. Details from High Rise PR: 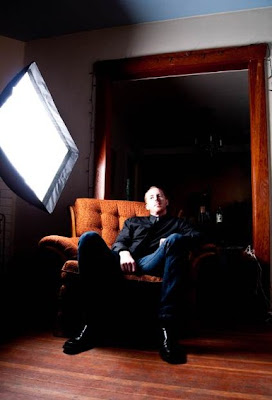 As the news continues to spread, we realize many of you are already aware of the recent passing of Devon Clifford, drummer of Canadian five-piece You Say Party! We Say Die! For those who haven't yet heard, it is with the heaviest of hearts to inform you of this sudden and tragic loss of a truly wonderful, vivid, talented and passionate young man whom we had the sincere pleasure of knowing and working with.

Our hearts are with Devon's family and friends, and the remaining members of the band.

The Clifford Family Issued the following statement regarding the passing of Devon Clifford:

"YSPWSD's Devon Clifford experienced a massive brain hemorrhage resulting from congenital defects while on stage in Vancouver on Friday night and fell into a coma. A surgery was performed but sadly doctors were unable to save his life. He was 30.

Devon Clifford was an extremely gifted drummer and determined character. He loved his family, loved his band, loved traveling, loved being on stage and loved meeting people around the world. He was smart, witty, passionate, and music meant everything to him. He was also incredibly generous with his love and respected everybody he came into contact with. This was underlined by his work with the under privileged at the Portland Hotel Society.

The family would also like to take this opportunity to thank everybody around the world for their kind words and stories about how Devon impacted their lives."
Posted by Michael Marotta at 1:09 PM