Bret Easton Ellis, the literary idol of myself and millions of other fuck-ups worldwide, is apparently releasing a book sequel to "Less Than Zero" this summer. It's called "Imperial Bedrooms" (more Elvis Costello references), and according to a tip from an old friend it follows the "LTZ" cast as middle-aged adults. I can't imagine how characters like Rip or Julian made it to adulthood, but I'm PRETTY. FUCKING. INTRIGUED. An accompanying sequel to the "LTZ" movie is also being discussed. Color me giddy. I need some pure BEE after "Lunar Park" lulled me into oblivion and the "Informers" movie was the worst pile of shit I've ever seen. 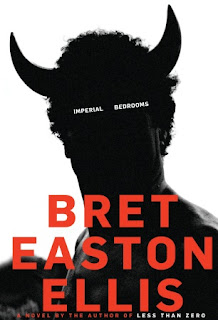 But hey, I still worship Ellis for all his superficial blood-thirsty decadence, and while I'd love his take on the current post-millennial youth crop through the "Less Than Zero" lens, I suppose this is a treat just as well.

The short synopsis from Random House: "The book is expected to focus on Clay as a middle-aged screenwriter drawn back into his old circle, where Blair has become married to Trent and Julian has become a high-class pimp and Rip is into even more sinister activities. Amidst this, Clay begins dating a young actress with mysterious ties to Julian, Rip and a recently-murdered Hollywood producer and his life begins to spin out of control."