Been looking forward to this one for a while now, as Televandals are all growns up and ready to destroy Bosto. Lara Callahan snaps the photos in her pill debut, and I'm looking forward to a new season full of new beginnings. The first four tracks after Televandals' set will unveil the Halloween Show lineup. Deets from the mailer: 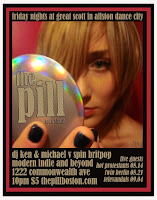 The first Friday night shakedown of fall arrives with the stylized crack of a freight train whip as the pill welcomes back our old friends Televandals in a blitzkrieg dance party romp to launch the band’s new single, “Good For Nothing.” The raucous first cut from Televandals' debut album, complete with Roguewaves and Paul Driscoll remix treatment, packs enough chipped-polish glitz to shine a rock n’ roll beacon on the Allston synthpunks’ societal battle-cry template. And even the Boston Phoenix is on board, writing last week that Televandals “put a Mass-pride punk spin on ultra-glossy electro-pop (or vice versa, if you prefer).” And in a rare moment where we tip our hand, Televandals will also perform our 7th annual Halloween show in October as the Clash, so you can get a pretty good idea of how they roll by that pairing alone. (The rest of the lineup will be officially announced after Televandals’ performance.) The decade is winding down, but a new beginning arrives this Friday at the pill.

Catch a preview of Televandals over at televandals.com, and peep the Facebook event page listing here. Before and after the band, DJs Ken & Michael V spin the best in Britpop, Modern Indie & Beyond. Look sharp. 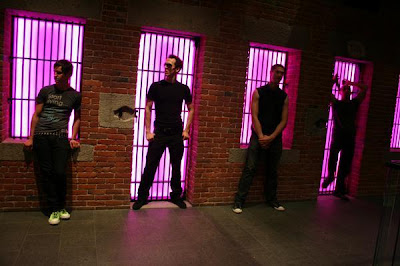 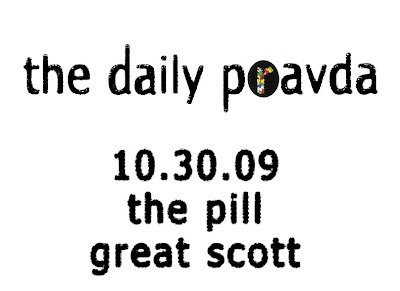 Posted by Michael Marotta at 8:22 AM