From the Hotline blog posted a few moments ago: Hey Eli “Paperboy” Reed, where’s your head at? Kicking it with UK dance duo Basement Jaxx, apparently.

The Brookline-born soul singer, now a resident of New York and a member of the Virgin Records roster, appears on Basement Jaxx’s new album, “Scars.” The track, slotted third on the album, is called “She’s No Good” and takes Reed’s retro Southern Delta soul vibe and updates it with a fuzzed out electronic dance-pop sound. While “She” might be no good, the track certainly is and this should expose Reed’s massive talents to the club land dance circuit. 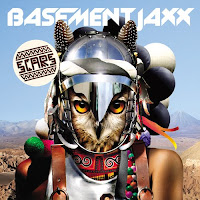 “This was a cool thing to do,” Reed posted earlier this week on local message board Lemmingtrail when the song leaked online. “We actually recorded the track with the whole band and they took pieces of it, then I did more vocals for them at their studio. Really nice guys.”

Reed also wrote that the song is in contention to be the next single, following “Raindrops,” which features Jaxx-man Felix Buxton on vocals. “Raindrops” is already a Top-20 hit in the UK, so if Reed’s jam gets the next single nod, it should get massive attention. And deservedly so.

“Scars” was released today in a digital format. (Don’t mess with that owl on the cover.)
Posted by Michael Marotta at 9:33 AM