Another thing going on tonight, this time a sold out Owl City show at the Dise RC. I caught up with Adam Young earlier this week for a Herald feature on his online phenom project. Read up.

Owl City isn’t a bird-lover’s destination in the Pacific Northwest. Nor is it the subtitle of a new “Grand Theft Auto” video game. 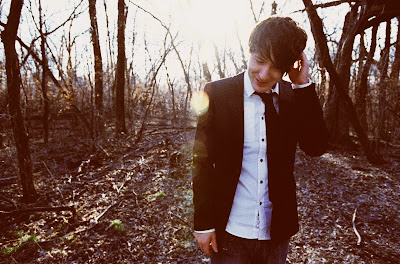 Technically, Owl City isn’t even a band. It’s Adam Young, a 23-year-old from Minnesota who started making music in his parents’ basement in 2007. Two years later, he’s playing a sold-out show at the Paradise Rock Club tonight, and returning to Boston on Oct. 6 for ’FNX Radio’s Disorientation 2009.

Not bad for a bubblegum-synth project that began as a way to deal with a bout of insomnia.

“I started making music partially out of boredom, something to keep me busy,” Young said via e-mail. “I started working with this program called ‘Reason’ and recording with an old condenser microphone. I remember starting to work on an electronic song and the ideas just started flowing.”

With a cult following planted, the major labels took notice. Young signed a deal with Universal Republic, which issued his major-label debut, “Ocean Eyes,” in July. The album made its debut at No. 27 on Billboard’s Top 200.

Did the already successful Owl City need the major-label muscle?

“I kept asking myself that same question,” Young said, “and at the end of the day, the answer was the same. I want to share my music with as many people as are willing to listen and I wouldn’t be able to do that without Universal Republic.”

Young describes the major-label experience as a blessing - no flippant remark given his strong Christian faith. He said he’s still shocked at how Owl City took off.

“Never in my wildest dreams,” he said, “did I think the effort would result in anything other than a handful of songs sitting on my computer, unheard by everyone but my closest friends. I couldn’t be more grateful.”

mmarotta@bostonherald.com
Posted by Michael Marotta at 8:21 AM