TAKE ME OUT...
Futures at Fenway doubleheader at Fenway Park
4 Yawkey Way; Saturday at 12:05 p.m., tickets start at $5 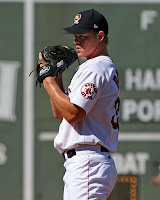 There’s a reason why the Toronto Blue Jays wanted several top Red Sox [team stats] prospects to part with All-Star pitcher Roy Halladay at last week’s baseball trading deadline. It’s because the Sox farm system - from first baseman Lars Anderson to pitchers Michael Bowden and Junichi Tazawa - is stacked. And that’s not even including this year’s call-ups Clay Buchholz and Daniel Bard. On Saturday the Portland Sea Dogs and Pawtucket Red Sox are in action against Baltimore’s minor league affiliates, showcasing the future stars of Fenway. See the next Papelbon, Pedroia or Ellsbury in the shadow of the Green Monster on the cheap - tickets start at $5 and are only $20 for Field Box seats. Admission includes both games. Once the dust settles from Sir Paul McCartney’s two gigs at Fenway during the week, it’s time to play ball with the kids.
Info: redsox.com, 877-REDSOX9

GREAT EIGHTS
Third annual 08.08 show at the Middle East
472 Massachusetts Ave., Cambridge; Saturday at 8 p.m.; $8.
What started out as a birthday party for Middle East local talent buyer and WFNX-FM radio host Dave Duncan has become a yearly showcase of the best in local music. Going all crazy eights on us for the third year, this year’s 08.08 features slices of indie rock as well as some cool beer promotions by sponsors Narragansett. The lineup features the Shills, the Motion Sick and headliners the Everyday Visuals, who just wrapped up an opening slot with Tinted Windows at the Paradise earlier this week. New wave darlings the New Collisions were supposed to play as well, but were plucked out by the B-52s for a gig in Virginia. That’s how hot this show is. And if things ever slow down a bit, head downstairs to catch parts of the Drug Rug and Mean Creek dual CD-release party. It’s separate admission ($12), but still worth the price. Cambridge rock city!
Info: mideastclub.com, 617-864-EAST

TASTE OF THE TOWN
Worcester Restaurant Week
Across 50 Worcester-area restaurants, through Aug. 14, $20.09 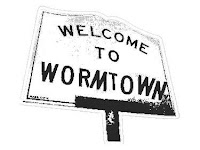 Heading out to the Berkshires for the weekend? Then make a pit stop off the Mass Pike in Worcester, a city that’s in the grips of another all-chefs-on-deck restaurant week. With about 50 eateries participating, score a prix fixe three-course meal at any participating joint for just $20.09. KJ Baaron’s Fine Wine & Spirits hosts a free wine tasting each night from 5 to 6:30 p.m. Check the link below for participating restaurants.
Info: worcesterrestaurantweek.com
Posted by Michael Marotta at 8:20 AM