Looking beyond tonight's sure-to-be-epic So Dope throwdown at Venu, Saturday night we have another weekender's Slate of Great, this time in the hood now known as Allston Dance City. 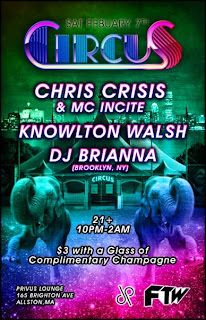 Circus, the best party in Boston I don't put together, brings the electro once again, though I might not be allowed to reveal that Chris Crisis and MC Incite is actually secret code for Hot Pink Delorean, or at least 2/3 of it, but hey, there it is. Providence's Knowlton Walsh always brings his own flavor, so once again Privus Lounge is the place to dance.

Adroitly countering the beats with indie rock treats is Great Scott, who welcome NYC kids the Virgins to the Abbot Square joint just down the street. I loved the post-punk cocaine-comedown disco vibe to the Virgins debut album -- a lot -- especially tracks "Rich Girls" and "Teen Lovers," so I'll be doing the Harvard Avenue Shuttle once again.

So to recap: tonight we're at So Dope, tomorrow we have an all night dance party at the pill then Saturday we're splitting dance atoms between Privus and GS. The great times of 2k9 roll on... 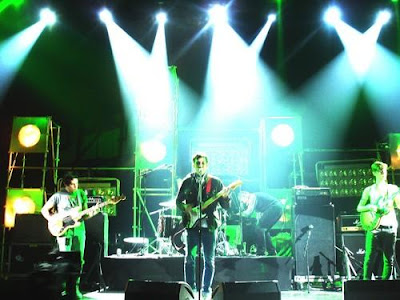 Posted by Michael Marotta at 9:11 AM