Last night’s Puma mp3 battle was much fun – thanks to all who came out. Unfortunately, I was bounced in Round 1 by the Middlesex Lounge team, by a score of 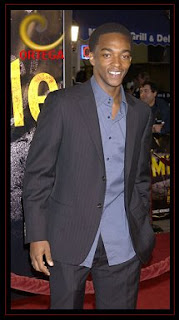 109 decibels to 108 decibels. Maybe I would have gotten that extra two points had I had four dudes on stage with me like Middlesex, or if the bass didn’t give out during my track, Lies in Disguise’ Meet Your Replacement.

But I did get to live out my long-standing 8 Mile final battle fantasy, as when I won the coin toss to decide who starts, I got all Popa Doc and shouted “Let this bitch go first.” Seriously, it made my night. I wanted to turn to my enemy like B. Rabbit and spit, “but-I-know some-thing a-bout you.”

I think Allston boutique LAB Boston and Tuesday dance party Hearthrob ended up battling in the final, but I was crunked by then and ghosted early. Many gimmicks throughout the night – from RickRolling to Venga Boys – but I played it straight and got served. The Pill got a strong reception and it was fun to rep the Night Society kids after my ouster, so all is well. Lara Callahan’s photos should be up soon.

Anyway, if I was capable of doing anything tonight other than watching the return of Patti in the Millionaire Matchmaker, I’d be at this, below. B. Rich of Palms Out Sounds might be the hottest DJ in Boston right now, and E-Marce’s Throwed is always off the chain. 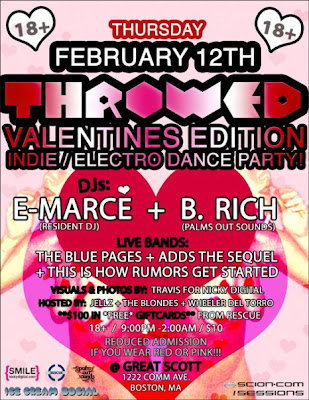 Posted by Michael Marotta at 9:00 AM