With the exception of the entire Maple Leafs organization and those horrendous black Blue Jays uniforms, I pretty much love everything that comes out of North America’s finest city, Toronto. 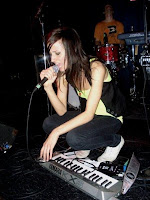 So I’m fairy intrigued by the Sunday night lineup at the Middle East this weekend, as Ontario-based synthpop project Lights and ex-Matters & Dunaway half Andre Obin help extend the weekend with some dreamy, atmos-lectronic musical flair. (9pm, $9)

First off, Obin is one of the best musical minds this city has to offer, and I’m excited to hear his techno-shoegaze-y solo work and how he translates it to a live setting. But then there’s this Lights band, which isn’t so much a band as a one-woman wonder-show surrounded by two helping stage hands and an army of synthesizers, key-tars and computers. 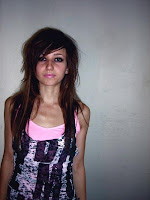 Thirty seconds into “February Air” – which must be cold as fuck being from the T.O. – and I’m convinced this ridiculously beautiful and talented woman (creepy old man alert!) will be the Next Big ThingTM by year’s end. I don’t want to start saying silly things like synthpop version of (*insert Top 40 female piano-playing pop star here*), but uhhh... this stuff is pretty amazing. <3