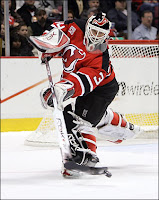 - Devils goalie and future Hall-of-Famer Marty Brodeur returns tonight, and amazingly, we’re not positioned in the draft lottery after he missed four months of games. I can’t believe how this team responded to his injury, especially on offense (credit Parise's career year and Zajac's unreal development), and now Stanley Cup dreams are dancing through my head. But if Brodeur wears that god damn "MB30" mask tonight I’m going to punch the 46-inch LCD television I bought just for this occasion.

- Stefan simply couldn’t win Top Chef, even though he’s maybe the franchise’s greatest overall talent. Maybe he got bored, maybe he got overconfident, maybe he was too perfect as the villainous runner-up, who knows. But he was the best part about TC:NY by an alligator mile, and Hosea makes kittens cry. What a crap finish.

- I just booked these shows for the pill: Black Joe Lewis April 3, the Daily Pravda June 29 and Pretty & Nice July 3. 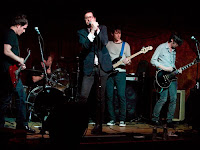 - Tony from BM LINX recommended I check out NYC post-punk band Freshkills, and “I Know I Know” sounds pretty sweet on the first few listens. Promising shit right here in the Fugazi vein.


- Designer Drugs is at Circus in May, along with Hot Pink Delorean for the dance party’s One Year Anniversary. Mark your calendars, that shit will blow minds.

- I thought it was interesting that when I interviewed Tyson Beckford yesterday to advance next week's Make Me A Supermodel 2 premiere, he responded “no idea” when I asked what season one winner Holly has been up to. So I guess you didn’t make her a supermodel, then? Full story to run in Wednesday’s Herald.

- No Doubt is touring again and playing Mohegan Sun Casino on June 24. Somehow, I’m not terribly bothered by this, and if tickets cost less than $67.50 I might hit it up. Ok, not really, but I support a music world with No Doubt in it.

- I hate the Real Housewives of New York City. Like, a lot.
Posted by Michael Marotta at 10:37 AM