While the new House of Blues is essentially Avalon on Human Growth Hormone and the grand opening party on Saturday was Cougarpalooza 2009, the new venue is just what Boston needs and should be mega successful as a mid- to large-scale concert facility. I’m sold, even though I’ll pick my spots when attending. 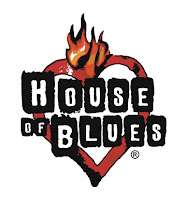 Morrissey's March show there is sold out, and that's a great place for him. But I wonder if the place will feel cavernous a la Harper's Ferry when a smaller band like Cut Copy is in there. You can close off the balconies, but it's still a huge room and shit like Matt & Kim has no business being on a stage that size. But we'll see, and I hope it retains a club vibe for club-sized bands.

As for the bash, Saturday’s party was better than I ever expected it could be, and while I didn’t pay attention to a lick of the snooze-inducing music, the combination of open bar, tasty-ass hors d’oeuvres and the right “scene” folk made it the party to be at. When the main room – which, honestly, is just Avalon with an elevated ceiling, balconies and a fancy paint job – got stuffy, the side restaurant party was a needed escape.

In there, the young fuck-ups and Boston alt-media seemed to hide, with people from the Weekly Dig, Phoenix, ‘FNX, ‘BCN and other joints all carousing and getting their drink on. I’m sure the Aerosmiths and Whalbergs and Jasper Whites were holed up in the VIP room and balconies, but who gives a shit? 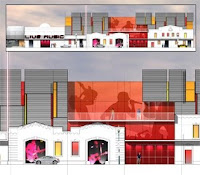 As expected, my lady Brigid was the Belle of the Ball with her weird ass bird-feather head piece and Yves gown, which drew the rapt attention of everyone in each room and drew drooling photogs from Boston Magazine, Boston Common, and a host of others. So, uh, look for the Brangelina of Boston indie in next month’s issues, lolz, and a fashion review of Saturday on That Tip later this week.

So yeah, good times all around Saturday, with a nightcap at Circus that started with hearing Cascade’s “Every Time We Touch” in the cab ride over and concluded with chow-down on BonChon when arriving home. Seriously, life is just the Best Shit Ever.
Posted by Michael Marotta at 8:56 AM