Reposting the Hotz: They may have blown off Boston earlier this month to play “Late Night with Jimmy Fallon,” but buzzy Austin, Tex., electro-pop act Neon Indian is more than making up for it.

A second early show was added to its March 9 make-up play-nice do-over gig at Great Scott – and that one isn’t yet sold out. Tickets are $15 and are on sale now. 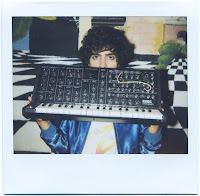 As originally planned a few weeks back on Feb. 11, local dance pimps Mystery Roar and Southern Belle pull opening duties for the late show, while Brooklyn/Providence party starters Javelin has been added as support for the post-dinner gig. The networking folks at Riot Vine oversee both shows.