Well this should come in handy on a gray-as-fuck day like today, not only finding me back at work but also seeing ghosts extend the Drive of Shame back to Allston on my morning commute. So not missing a beat, UK post-punk-whatever band Editors released their third album today via iTunes, "In This Light And On This Evening," and I'm fucking pumped -- I've been a fairly decent fan of their first two doom-and-indie-gloom albums, and the lead single "Papillon" already got some love here on VL.

I really don't expect any glacial shifts in sound, though the single had a bit o' electro-through-Mode stomper sound to it. I figure it will be epic, it will be gnarly, and it will make me think of a girl who's name begins with the letter A. Ahh, good times. Here's the album art, and the presser from Fader after the jump detailing the online release: 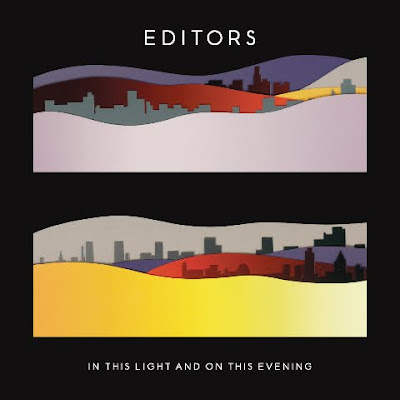 Editors release their third album "In This Light and On This Evening" on FADER Label today via iTunes.

"In This Light and On This Evening" represents a significant step forward for the band following the huge successes of début album "The Back Room" and the Number One follow up "An End Has A Start." Determined to push this record wholly into new territory, listeners can expect a more electronic record yet with a 'human feel' with London acting as a constant backdrop.

Posted by Michael Marotta at 1:38 PM