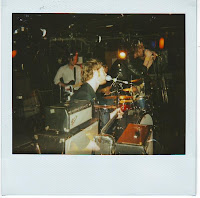 Remember those old Bonkers candy commercials where giant pieces of fruit would fall on old ladies and shit? Well, this week's edition of the pill is going to be something like that, as we have VIVA motherfucking VIVA crossing ye ol' River Charles to come party with us at Great Scott. Srsly. Bonkers, I tell you.

If you're not privy to awesomness, Viva Viva have this crazy early 70s Rolling Stones on a modern indie 6am acid trip thing going on, a motherfucking freightrain of debauched old school rock n roll that should help blow the fucking doors off Great Scott. My campaign to turn Allston Rock City into Allston Dance City might take a one-week holiday, as while Viva Viva is perfectly danceable, it's pretty fucking fierce in its soulful rock roots. 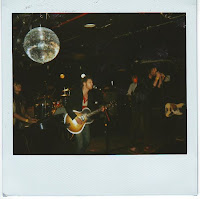 And of course, last week sold out with just me and Paul Driscoll drunkenly playing shit like Ride's "Vapour Trail" and Lush's "Ladykillers," so Viva Viva playing live coupled with the return of a bronzed DJ Ken warrants this single warning: Roll up early. Goodtimes guaranteed.

Doors at 10. Cover $5. Believe in Britpop. Look sharp. You know the deal. (Photos posted were taken by Johnny Allen)
Posted by Michael Marotta at 1:07 PM