Looks like I'll be walking the Harvard Avenue Shuttle tomorrow night, dividing my time between Circus (see below) and the Logan 5 & the Runners' CD release party at Great Scott.

I've discussed the sleek, space-aged glammed-out Cool Britannia sound of these cats in the past, and now it's great to see L5&TR getting the attention of other media outlets: Just this week, the Boston Phoenix, the Weekly Dig and Adequacy.net all chimed in on the release of their debut, "Featurette."

The overall depth to "Featurette" is impressive -- I'm still not sure if this is an album to get dolled up to, or if it's a morning-after soundtrack while waiting for the haggard bird on your floor to hail a cab. It combines elements of both situations, the before and the after while blurring the in-between, reinforcing a notion that the nightlife mindset and culture, and all their bitter mistresses, can certainly exist at 3pm. The disc doesn't have the pace of of a frantic eyeliner smear in the back of a hired car, but it doesn't need to. It moves along through the window-less dive bars and unrecognizable bedrooms on the edge of town with the lyrical navagation of Jarvis Cocker storytime.

This is certainly not a road map of Boston, but more a not-so-distant-future societal decay where the glitter fades into dust while personal inner turmoil shines like gold. There are girls, there are boys, there is confusion, and there is boredom. But there's also drugs, there is also alcohol and the overall sentiment that no one really knows what the fuck is going on anymore as lines between reality and the internet cloud the soul. "Featurette" postures as a big-screen Orwellian dissertation, but is aware enough to know the message can be just as poignant relayed as text mesasage or IM. This is the new world.

And shit -- as a Vanyaland bonus, the band has passed along three free downloads to get you all jazzed up for tomorrow's show. I've played "Girls on the Internet" every week early-on at the pill since I scored the disc a few months ago, and it's worth a listen. Enjoy!

Girls of the Internet
TV
Subtitles 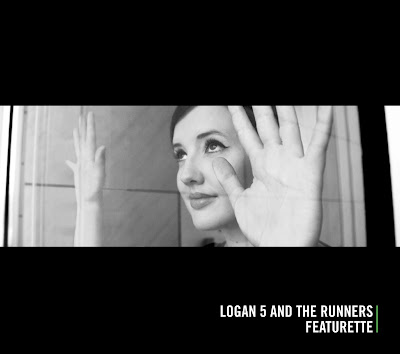 Posted by Michael Marotta at 9:28 AM