If I still lived in New York... 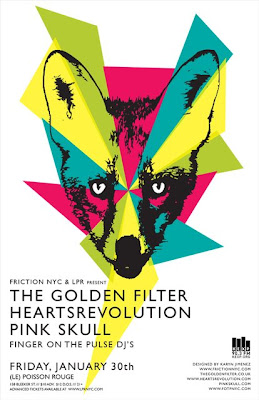 Anyway, the Golden Filter will be in Boston April 4 opening for the Presets at the Dise. Despite them blowing off a proposed pill show in October, I still religiously play "Solid Gold" every week, and Brig used it in her fashion show. No idea when Heartsrevolution hit the Hub, but I'd do whatever it takes to make it happen. Sigh le-fucking sigh.
Posted by Michael Marotta at 11:57 AM