Wednesday's Passion Pit homecoming at the House of Blues is sold out (I think, probably) but drummer Nate will morph into DJ Shuttle for the official afterparty later on at the Good Life. Really looking forward to all this, especially with Magic Magic opening the show. I expect the crowd to break down in halves: spastic youngings pressed against the stage going batshit nutty, and old dogs like me in the back trying to act cool and disinterested (while secretly going batshit nutty) 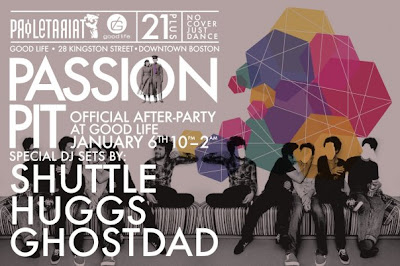 Posted by Michael Marotta at 9:39 AM