Hotline: The Roxy to relaunch as Royale

Talked to DJ Dave Ralph yesterday about his vision for the new Royale nightclub, which officially replaces the Roxy in March. Ralph really has his shit together, and is trying to create a sort-of Avalon 2.0, which Boston has missed since the Lansdowne Street club shuttered in 2007. Some great quotes from him in here, and I'll have an update in the next few weeks, detailing what Royale will look like...

The Roxy is getting the Royale treatment.

The defunct Tremont Street nightclub will reopen in March as Royale under the direction of Dave Ralph, the former DJ and music director of Avalon (now the House of Blues). Ralph will oversee the operation of the renovated, 800-person room. 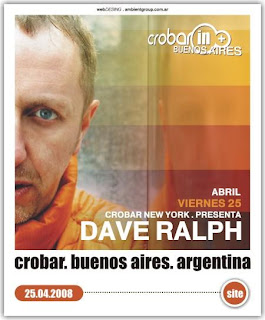 “The Roxy is closed. It doesn’t exist anymore,” Ralph said yesterday. “It’s a new day, a new face and a new attitude.”

After Avalon shuttered in 2007, Ralph, a staple in the house and dance scene for more than 20 years, relocated to New York and became music director of the Webster Hall nightclub. After returning to Boston a year later he began booking international DJ acts into the Roxy including David Guetta, Carl Cox and Benny Benassi. But with Royale, Ralph sees the chance to re-create what he liked about Avalon.

“We’ll do everything we used to do at Avalon,” Ralph said. “It was a great business model.”

Royale will remain under the Roxy’s ownership of Lou Delpidio’s Boston Ballroom Corp. But Ralph will have free reign to reshape and run the space. He says he’s already spent a significant amount of money on the renovation.

“Structurally, yes, you’ll recognize it, but you’ll feel very different being there,” Ralph said. “It’s very cool what we’re doing. Our goal is to not come across with a South Beach vibe. We want to celebrate the antiquity of the room” (which in a previous era was known as the Bradford Ballroom).

Ralph hopes to see Royale unify a dance scene rooted in house and techno that has exploded in Boston in recent years, despite the loss of Avalon.

“When Avalon closed, the dance scene dissipated into small pockets,” Ralph said. “Avalon was a melting pot, a massive room with an 1,800 capacity. After that, this crystallized club of Boston didn’t exist. It all went away with Avalon and, to be honest, not everyone wanted to come to the Roxy. When we had MSTRKRFT here last year, people who had never been here before said this place is amazing.”

Ralph praised the weekly parties at the Good Life, Middlesex Lounge and Wonderbar for keeping the dance music culture afloat locally, but he has his eyes on a bigger prize.

“In Boston, it’s great to see all these micro scenes,” he said. “But for the most part it’s dead. Bringing it all together is something we’ll explore.”
E-mail your nightlife news or event listings to mmarotta@boston herald.com.
Posted by Michael Marotta at 8:21 AM