Last month we released the LEX flyer, and since we liked the design so much, we "remixed" it last week to update the calendar section. This image was the "B-shot," so with the different color font and slightly altered image this is pretty much the pill's version of a CD2 of some obscure Britpop band's double CD single release. Ahhh, the days of paying $9.99 at Tower Records for a album-cut single you already had just to hear two (often) shitty b-sides. 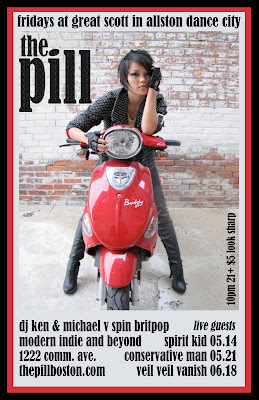 Posted by Michael Marotta at 3:49 PM