Believe in Britpop: Off Yer Head in Atlanta 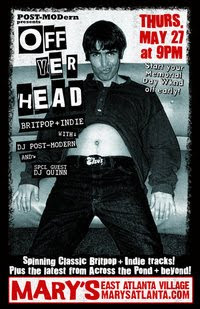 If there are any national music magazine editors reading this blog, here's a story idea I've wanted to read about for YEARS: Almost a decade-and-a-half after the rise and fall of Britpop -- high-water mark "Common People" by Pulp was released 15 years ago this Saturday -- there are still a handful of successful parties dedicated to the genre. Obviously we have the Pill here in Boston, Club Underground in Los Angeles and Off Yer Head in Atlanta, which hits the dance floor tomorrow night.

There must be others: Popscene in San Fran started as one (the only night running longer than the Pill), Tiswas in NYC was epic for years and I think there is one in Chicago. This music still radiates with a certain, albeit minor, segment of the stateside population, enough so that this scene still litters the American indie club landscape like no other subculture.

Someone interview me about Britpop in the USA. Come on Spin. Come on Rolling Stone. COME ON NME.

Get on this shit. We're still mad for it, obviously. Here's LA's look: 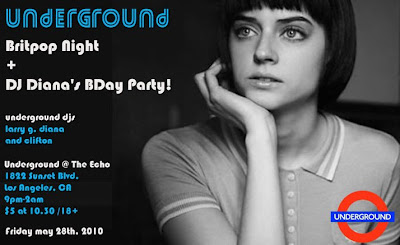 Posted by Michael Marotta at 12:30 PM