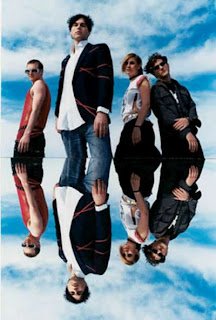 The Lansdowne Pub, the Lyons Group’s new Irish bar in the former Jake Ivory’s space, may be destined to a fate of cover bands and Red Sox [team stats] fan clientele. But it gets a chance to genuinely rock out Wednesday when New York neo-new wavers Stellastarr* perform at the WFNX-FM “Sandbox” morning show second anniversary party.

The show arrives the day after the release of Stellastarr*’s third album, “Civilized.”

It’s a private gig, but the cavernous-yet-somehow-cozy pub, which has a capacity of about 600, should accommodate anyone looking to party with the band and radio boys. To get on the list, go to fnxradio.com or R.S.V.P. at promotions@fnxradio.com.

All bangers, no mash
The winner of the cleverest July Fourth weekend dance party title goes to Future Classic, the crew behind tonight’s “Star Spangled Banger” event at Underbar. For daytime society, “Banger” is nightclub parlance for “a heavy-hitting electro jam that’s certain to pack the floor,” which is what DJs Frank White, Texas Mike and Stenny plan to do tonight at the downtown night spot (275 Tremont St., $10).

For more information on both events, go to futureclassic.net
Posted by Michael Marotta at 8:16 AM