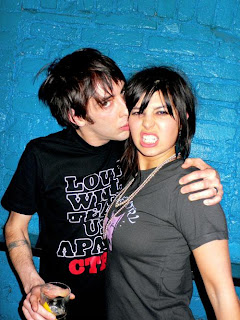 Each year a handful of under-the-radar albums appear on year-end best-of lists of both music critics and know-it-all hipsters.

That should be the fate of “Face Control” by Montreal-based synth-and-guitar duo Handsome Furs, which hits Great Scott in Allston tonight along with Kansas’ Dri and Virginia’s the Cinnamon Band.

The Handsome Furs - Dan Boeckner of Wolf Parade and his wife, Alexei Perry - are starting to gain buzz in clubs and blogs based on the sterling track “All We Want, Baby, Is Everything.”

But not without a bit of controversy.

The song actually pushed back the release of the Furs’ album, their second for Sub Pop Records, because it needed clearance from British band New Order. “All We Want” references New Order’s track “Temptation” in its lyrics, and even playfully lifts a bit of the melody, yet somehow comes off sounding original and sincere.

As one of the best tracks released so far this year, it’s worth a listen (if only to look ultra-hip when you post your best-of-2009 list on Facebook in a few months). 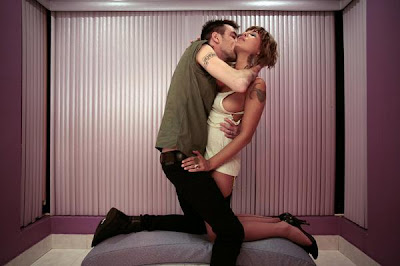 Posted by Michael Marotta at 7:57 AM