Been sweet on the Honors since my old sound guy at Bill's Bar, Alex, tipped me off a few months ago. Gave them a gig at the pill, which arrives tomorrow, and have been spinning their latest spinning "Knees & Elbows," which has a cool guitar-dance vibe going on. Here's word from the pill mailing list sent earlier today, which you can sign up for at thepillboston.com (guest list giveaways, set list selections, other random crap -- every Thursday!): 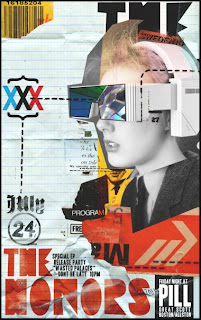 Earlier this spring at the Bitter End in New York, Boston-bred indie band The Honors broke into a cover of the Easybeats' '60s classic "Friday On My Mind." Perhaps our live guest this week was pining for the pill, where around the same time their blistering new single "Knees & Elbows" was popping up in late-night mixes alongside Editors, Sunshine Underground and the Courteeners.

This week The Honors sling the Friday night easy beat and drop their new EP "Wasted Places" in tidy dance rock bombs for our modern indie faithful. A musical project that began at university in London and took its current shape in Boston last winter, The Honors' polished sound is ready to again unify the day-time radio and night time rock club scenes like a streaking hot fuss of style and sound that's turned heads at both outdoor folk festivals and dim-lit downtown pubs and bars.

Before and after the band, DJs Ken & Michael V. spin the best in Britpop, Modern Indie & Beyond. Look sharp. 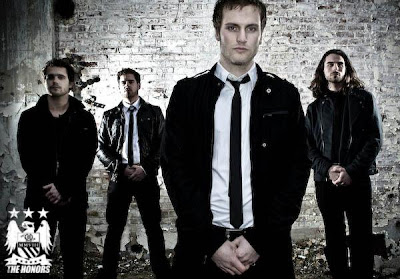 Also included in this week's mailer (with out linkage):

Aug. 21: Twin Berlin
Advance notice on next month's Twin Berlin show @ the pill. We booked these cats a day after I heard their twin-single, as this rising NYC rock n' roll quartet is ripping shit up with fitting comparisons to the Libertines and the Strokes. Give it a listen. Recommended: "Fake It Well"