Jon from Elkland is back: The Drums 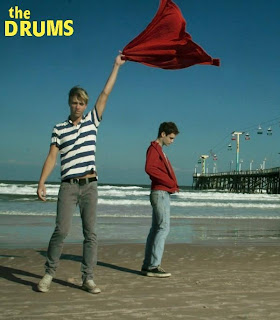 Remember Elkland? Oh you know, that band from NYC I had up at the pill a billion times around 2006, who had that insanely brilliant song "Apart" and the singer who made me question the distant reaches of my sexuality? Yeah them.

Well, the boy in question, Jonathan Pierce, is back with a new project, and fittingly, everyone is blowing their load over him. Like I wanted to. Back then.

They're called the Drums, and it's Jon and his old boyhood friend Jacob from Horse Shoes, setting out to sound like the Wake while combining elements of '50s surf-pop with Elkland's synthpop exuberance. It's Factory Records with tan lines, folks. Apparently moving to Florida to become a surfer has rounded the boy out, and now he's back to doing what he does best -- making everyone swoon. This is some tight shit, and will probably bring him the fame he deserved a few years ago.

Posted by Michael Marotta at 2:21 PM