I started something... no I didn't

So a 13-year-old girl with mental problems in Missouri kills herself when a month-long online flirtation abruptly ends. Turns out, the flirtation was between her and some fake-profile on MySpace, which was run by the mother of the girl's friend, who wanted to see if the soon-to-be-dead girl was talking mad shit about others in the ol' neighborhood. Oh boy. Levittown, this ain't. 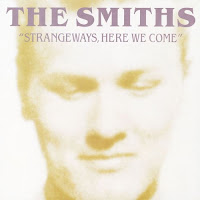 But I’m not sure what’s more fucked up – the fact that a 13-year-old girl with mental problems killed herself, or the fact that I couldn’t help but read the headline and pull quote "absolutely vile" as sung by Morrissey from the Smiths song, which made me chuckle to myself and lose interest in this stupid ass story about the mom suing the neighbors. Aww, the girl was lonely. So is every other 13-year-old girl not whoring herself out to score coke for her 17-year-old boyfriend.
Posted by Michael Marotta at 1:45 PM