Things that Scare the Shit out of Me 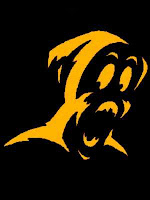 In honor of Halloween, I’ve compiled a list of the Top 10 things that scare the shit out of me. Some are obvious and practical; others just terrify me beyond belief. And anyone close to me already knows Number 1, a cartoon character that has terrorized me since I was a wee lad.

10 – The Ghost of 95 East Oakdale Street – If you’ve spent more than one night with me in my bed – and who hasn’t!?!?! – you’ll know I’m constantly visited by apparitions, and I often end up engaged in bizarre conversation before losing my sanity. This has occurred since I was a child, growing up in the room where the previous homeowner had died. Some real poltergeist shit here, and the bastard, in all his myriad shapes and sizes and forms, has followed me to Boston.

9 - Sitting in the cheap seats at the TD Bank North Garden – As much as I loved being called a fag by some pig fucker from the North Shore, sitting high up watching the Bruins (lose) brings out the worst in local sports fans, and once made me fear for my safety. (And hey, nothing's scarier than Bruins hockey, ba dum ching!) But I’d be wicked bitter if I was 34 and I never saw my favorite team win a Stanley Cup. Shit, I’m bitter I’m 28 and I’ve only witnessed THREE.

8 - Reading my stories once they’re published – Maybe it’s because I can’t edit it, or maybe because it’s usually 30 percent inaccurate, or maybe I think it’s absurd I’ve carved a career out of my Tales of a Fourth Grade Nothing writing ability. But I’ve never re-read anything I’ve written for publication. However, I stare at my byline like it’s Mindy Main’s tits. 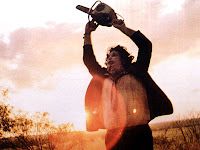 7 - The last 30 minutes of Texas Chainsaw Massacre – I appreciate the hour-long build-up, but for fuck’s sake the final scenes terrify me. Each time, I’m fatally pierced by the sucker-punch sunlight when the chick jumps through the glass window. The scariest movie I’ve ever seen.

6 - "Savoir Faire" by Suede – I was doing the dishes with the iPod shuffle on last week, and this back-alley wire-hanger of an abortion of a song came on. I still don’t get this, and spare me the whole "nursery rhyme" excuse. My God this band fucking sucked from 1998 on, and I’m probably the biggest Suede fan ever.

5 - People with non-MA plates driving in MA – Our roads are as entangled as Deidre Riley’s old dreadlocks, but nothing is as terrifying as some redneck hump with Georgia plates trying to figure out either "Allston" or "Cambridge" when exiting the Mass Pike. You fuckers get Geico, but we don’t, so don’t touch my Jetta and I won’t send you home chopped up and wrapped in a stained confederate flag.

4 - The victorious New York Rangers – This makes me angry more than anything, but I still live in fear of it. Thankfully, the spooks have been few and far between, though the ghosts of "Matteau!" still haunt me. By now, I hope my middle school teacher who taunted me with that chant in 1994 is buried deeper than the Rags$ are in the standings. 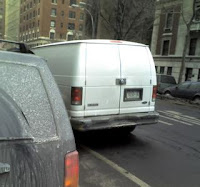 3 - White Vans – Being a kid in the suburbs of Long Island in the ‘80s meant one thing: At some point, some sociopath chester in a white van will come to your playground, lure you inside with a box of Cherry Clans and then proceed to fondle your ass and penetrate your eye sockets while you’re tied helplessly to a tacky velour couch. Maybe it’s because I’m adopted and always suspected I was bought on the black market, but non-family abductions always terrified me.

2 - Thong flip-flops – Bipedal creatures have developed some terrible habits regarding feet, and none is worse than simply exposing them. Flip flops make me want to find that Eastern Eropean torture chamber from "Hostel," where I’ll gladly cut off my own dogs. Or permanently relocate to the Yukon Territory, where flip flops are as rare as a faithful woman. This is the greatest fashion tragedy of our modern time.

1 - The Planters Peanut Man – Who knows, I may have been molested as an infant by a peanut-shaped man (like a Canadian?) wearing a monocle, maybe I've been sodomized by a long black cane. Regardless, I can hardly look at this peanutted fuckstick whether I’m in Tedeschi, watching TV or being interviewed for a promotion (true story!). Someone book me an appearance on Maury Povich or Montel Williams, and I’ll sit right next to the chick from Alabama who lives in fear of uncooked Thanksgiving turkeys. Just don’t show me the peanut man ever again. And there he is...
Posted by Michael Marotta at 10:28 AM