Talking O.C. with a Real Housewife of Bravo

Been a banner run for the Michael byline, as this week I talked with the awesome Jeana Keough, an original "Real Housewife of Orange County" who is leaving the show. The 5th season premieres tonight on Bravo.

A real housewife can’t be a “Real Housewife” when she has to stop spending $400 on lunch dates.

That’s the personal crisis facing Jeana Keough, the last of two original cast members of Bravo’s “The Real Housewives of Orange County,” which returns for a fifth season tonight at 10. 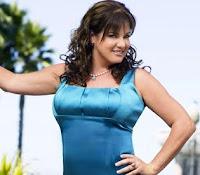 Tonight, Keough’s 16-year-old son Colton gives his mom a talking to about financial responsibility. She replies, “It’s weird to be in a place where you have to think before making a purchase.” Keough then admits she could downsize her residence by roughly half, to a meager 5,000 square feet.

Such is the plight of a “Housewife” on the skids. After the third episode, Keough will be out as a star of the show.

The 54-year-old former Playboy model and struggling real-estate mogul is replaced by new blonde on the block Alexis Bellino, a 32-year-old stay-at-home mother of three with a body that Bravo says “defies all logic.” But of course.

Despite Internet reports that Keough had a falling out with Bravo about money, she blames her real-estate profit margin decreasing by two-thirds as her reason to leave the show.

“I had to get back to work,” Keough told the Herald earlier this week. “All I was worrying about was what I was wearing next. (The show) was hard on my kids and it made dating hard. But I have second thoughts every day.”

No stranger to television with scripted roles in the ’80s on such shows as “Cheers,” “St. Elsewhere” and the “A Team,” Keough knows she could saunter back onto the scene at any time.

“They haven’t killed me off,” she said. “This is reality TV.”

While Keough focuses on real estate - oh, and also finishes up an autobiography and pitches other television shows, she revealed - the remaining O.C. ladies rev up the drama. The show was launched in 2006 as a slap to “Desperate Housewives,” but since then, Bravo’s other “Real Housewives” franchises in New York and Atlanta have caught up to the West Coast trailblazers in both buzz and must-see moments.

So as the O.C. girls jockey for “Housewife” supremacy, expect heavy-duty feuding between fellow real-estate agent Tamra Barney and sketchy blonde Gretchen Rossi. Not long after Rossi’s fiance died of cancer, racy pictures of her found their way to the Internet. Rossi also has a new beau familiar to viewers - Slade Smiley, now bagging his third - yes, third - O.C. housewife.

It doesn’t take Nostradamus to predict the women will be at each other’s throats throughout the season, but now Keough won’t be there to give advice.

“I always say the same thing: Go easy on the alcohol, and always think before you say something about another cast member on camera,” she said.

-mmarotta@bostonherald.com
Posted by Michael Marotta at 8:17 AM