Off to Tampa Rock City in a few, but here's a heads-up on Friday, after all the Thanksgiving bullshit has died down -- Jen Sullivan, original pill DJ and founder who now moonlights with Plus 1 TV, fills in for me at our Black Friday/Turkey Hangover dance party. Here's the deets from thepillboston.com: 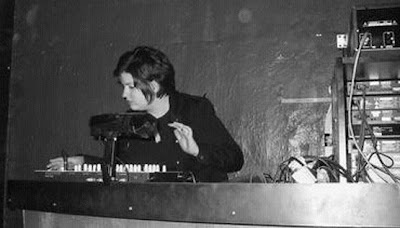 friday november 27:
black friday party
with original pill DJ Jen Sullivan (Plus 1 TV)
Last Friday night Cold Cave left our dance party in a smoldering post-punk rubble, but we’re quick to rebuild down at Abbot Square and aim provide the weekend escape via Thanksgiving’s day-after detox. This week at Great Scott, pill co-founder and original pill DJ Jen Sullivan (now of Plus 1 TV) fills in for an exiled-to-Florida Michael V, joining DJ Ken in a throwback old-school pill night cast from the glory of the Upstairs Lounge Era. Expect only the choicest of soul, sixties and dance classics from the vaults of DJ Jen, offering a sterling complement to DJ Ken’s modern indie flair.

The Turkey Hangover party at the pill began several moons ago with our old friends in the Chainletter, and has since become a Black Friday tradition that help work off the extra pounds feverishly added at Aunt Esther’s tryptophan-coma dinner table. From here we commence sprint towards 2010, rounding out the year with two special events highlighting our weekly toast: a live performance by a reunited Emergency Music on Dec. 11 and our annual “I Was Born On Christmas Day” dance party on Dec. 25, marking the first time Michael V will ever have a birthday party actually on his birthday.

Posted by Michael Marotta at 7:36 AM