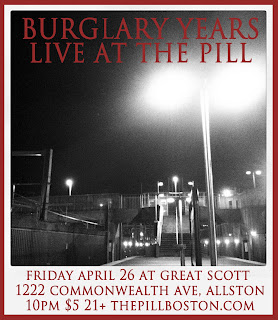 Back in February, Boston was hit with a blizzard. It was a Friday, and the storm was expected to peak early Saturday morning; but by 8pm that night, it was a total white-out. After talking with Tim the Great Scott bar manager and my DJ partner, Ken, we decided to open the venue and host our weekly dance party, the pill. We made it free, and figured we'd draw a few dozen cabin-fever folks who lived within a few blocks. It was a pretty cool night, much more subdued than usual, much more a gathering than crazy ol' dance party. We all joked that regardless of what happens in Boston, nothing prevents the pill, a party going on 16 years, from hosting its Friday night.

Fast forward to a few months later, and this past Friday we decided to not open. Great Scott remained closed, the pill did not happen (I can't remember the last time that was the case -- maybe September of 1997?). We decided, out of respect to what was happening around Boston, that it was no night for celebrating, even as people hit the streets to misguidedly chant "USA! USA!" It felt like the Pats won the Super Bowl.

So with all that in mind, we are really excited to get back in the saddle tomorrow night. DJ Ken and I will spin the dance party, and we're joined by one of my favorite new Boston bands, BURGLARY YEARS. Check them out below, and our weekly pill promo and a live clip follows after the jump. 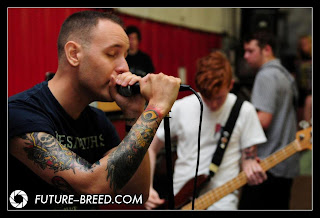 Boston, how goes it? Thanks to everyone for understanding why there was no event this past Friday, even after the manhunt ended and things settled down. Yes, people were out "celebrating" around when we usually open doors, but we didn't share that particular mindset.

But we’re already looking ahead to this week, and we're back in action this Friday, April 26, with a live set from Boston modern rock band Burglary Years, one of the finest new acts to catch our attention in 2013. Michael V first saw them at T.T. The Bear’s Place in February on a bill with Beach Fossils and Orca Orca, and since then the band’s blissfully detached 2012 demo has been on constant rotation, both on WFNX (RIP) and our personal playlists, and in particular their swirling, dusty single “Lifesaver.” Check out a live clip of it from their November show at the Democracy Center in Cambridge below.

Burglary Years, which feature ex and current members of underground acts like Circe, Debaser, Maura, and more, have been described as everything from dream-pop to shoegaze, but we hear equal traces of shared heroes the Smiths, Cure, and Jesus & Mary Chain in their engaging and warm sound. We even suspect the band’s name derives from the 1998 Morrissey compilation album, but we haven’t been able to confirm such rash suspicions.

As the band prepares a split 7-inch with Procession and a debut LP on Ohio indie label Mayfly Records, we’re beyond excited to have them join us this Friday at the pill.

DJ Ken & Michael V spin the modern indie dance party before and after the band. Yes, it's okay to dance. These are our times. We love you, Boston. xo

Posted by Michael Marotta at 9:27 AM