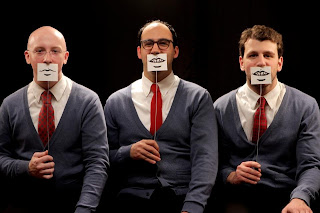 It seems like only yesterday THE BYNARS performed with an up-and-coming fun. at the Lansdowne Pub as part of the WFNX Disorientation 2011 series. Since then, the where-are-they-now? fun. have virtually disappeared from the music landscape, drowning in obscurity, playing for dozens (including long-suffering girlfriends) while intent on penning their own Behind The Music-type of comeback. Meanwhile, the Boston-based quirk-pop band the Bynars have tirelessly honed their nerd-rock craft around Massachusetts, releasing intricate pop music with even more intricate music videos, and the tasty fruits of their bountiful labor finally re-surfaced today with the 12-minute one-stop electronic cruise ship "All I Wanna Do Is Have Some Fun Tonight," a synthpop jam that's an EP unto itself. And no, Sheryl Crow is not invited to this party.

The track is the first single from the Bynars' upcoming sophomore LP, X vs. X, which, if this song is any indication, is roughly three hours long.

"AIWDIHSF" gets real good around the seven-minute mark, kinda like how the outro to Flock of Seagulls' "Wishing" grabs hold of the listener and spins them around the dance floor inside your smart phone. If only they had smart phones in the mid-'80s.

Peep the track, then catch the Bynars at Great Scott on April 24 with Andre Obin and others. 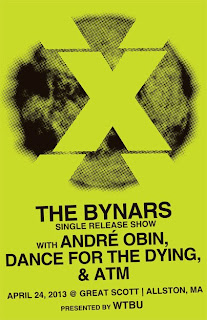 Posted by Michael Marotta at 7:46 AM