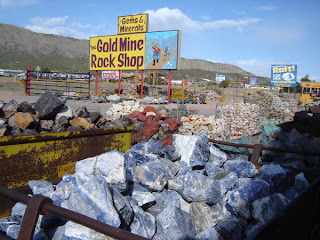 It's been a white hot minute since I sat in on a Rock Shop panel -- in fact, I think the last time was when I had just joined the Phoenix, in the spring/summer of 2010 -- so I'm psyched to be back a week from tonight for the "Press The Press" edition, which also features Luke O'Neil of Put That Shit On The List (and other stuff like Vice, Bullett Media, etc.) and Brad Searles of the always-excellent Bradley's Almanac music blog.

This Middle East get-together from 6 to 9pm will make a nice little pre-game spot for Night 2 of the Rumble, which holds court next door and features maybe the best lineup of the week-long preliminaries: Camden, Herra Terra, Deep North, and Endation. Central Square rules, find me at the Mid East restaurant beforehand scarfing down a shawarma.

RSVP via the Facebook event page, and peep the presser below. Or as a Boston cop would say, the 411.

Free! Open to the Public! Middle East Downstairs (on the Mezz').

Come meet, ask questions of, and discuss the in's and out's of getting press for your band and / or company including how to submit to media, how to publicize an album release, etc.

We'll likely touch on the changing national landscape and the recent developments in Boston as well.

All sessions are free and open to the public. Stop by around 6pm for drinks / meet + greet, etc. We'll start the discussion around 7pm, followed by more drinks/networking til 9pm.

Posted by Michael Marotta at 1:05 PM