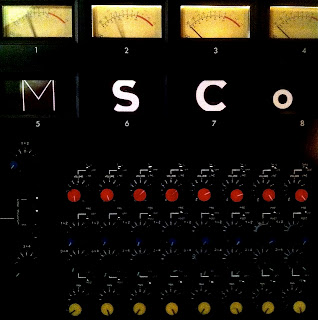 Led by recording studio and independent record label Mystic Steamship Co., a group of Boston musicians, including members of Bent Shapes, Earthquake Party, and Beware the Dangers of a Ghost Scorpion, came together recently to pour out some song for Jason Molina, who passed away unexpectedly March 16 from alcohol-related organ failure. He was 39.

The seven-minute "Farewell Transmission," the opening track from 2003's Magnolia Electric Co. record, is a haunting tribute, and was posted online earlier today with the following message.

Upon hearing the terrible news of Jason Molina's passing, Ben Potrykus (Bent Shapes) approached us about recording a tribute to Jason. This ended up being a very special recording session, and a great way to get our friends together to celebrate and mourn the loss of an artist we all hold very dear. This was recorded mostly live featuring members of Bent Shapes, Earthquake Party, and Beware the Dangers of a Ghost Scorpion.

PLEASE DONATE TO JASON MOLINA'S MEMORIAL FUND AND LISTEN TO HIS ASTOUNDING BODY OF WORK. BOTH OF WHICH YOU CAN DO HERE.

Posted by Michael Marotta at 8:20 PM