Oh snap, it's Cheap Thrills column time in the Boston Herald, and this week I address the Santacon jaunt, the Scrooges' holiday rockery and a non-holiday escape to the Museum of Science. You know, for diversity.

SANTA FLAWS
Boston Santacon 2009
Starts at the Purple Shamrock, 1 Union St., near Faneuil Hall; 21-plus, 1 p.m., FREE (but bring cash for the bar, T ride to Cambridge and a cab ride home, Ebenezer!)

A fortnight ago we hyped the 12 Bars of Christmas pub crawl, and now that the hangover from that frosty frothy frolic has worn off, it’s time to head back to the Faneuil Hall area for more drunken merriment. This Saturday, it’s Boston Santacon 2009, when a gang of red bellies brings some Kris Kringle chaos to the city’s finest watering holes. It kicks off at the Purple Shamrock around 1 p.m., sleigh rides over to Beacon Hill’s 21st Amendment around 3 p.m., ho-ho-hos through Boston Common and down to Charles Street’s Beacon Hill Pub around 5 p.m., dashes and prances on the Red Line to John Harvard’s in Cambridge by 7 p.m., then wraps a nice big intoxicated felt bow at the Hong Kong for a garland-spun nightcap. Participants must have a costume to take part, even if it’s not of the Santa variety.
Info: santaconboston.blogspot.com

BAH PUNKROCK
The Scrooges at Great Scott
1222 Commonwealth Ave., Allston; Sunday at 9 p.m., 18-plus, $10; with Vagiant and Hot On the Heels
Everyone - from everyday people to musicians to reality television stars - claims they are the best at whatever it is they do. Few of them, however, are accurate in their self-righteous assessment. But when it comes to the Scrooges’ boast that they are the premier Christmas-themed Stooges cover band, can there be any doubt? Allston’s finest holiday-seasoned tribute to influential ’70s garage rock band - and brand new Rock and Roll Hall of Famers - the Stooges has become as vital to the holiday season as midweek eggnog hangovers and acting the fool at your office holiday party (important hint the rest of us all got back in August: She’s not interested). There’s something to be said about a bunch of veteran local rockers dressed as Santa Claus belting out Stooges classics like “TV Eye” and “No Fun” under blurry red and green Christmas lights.
Info: greatscottboston.com, 617-566-9014

DEEP SIX THE HOLIDAYS
Museum of Science Deep Sea IMAX screening
1 Science Park; today at 2 p.m., Friday and Saturday at 2 and 7 p.m. and Sunday at 2 p.m.; all ages, $9 for adults, $7 for children 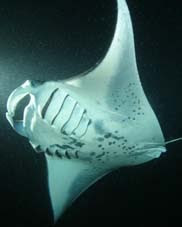 Face it, you need to journey to the bottom on the ocean floor to get away from all this holiday cheer. Tonight at the Museum of Science, venture to depths that jolly carolers, toy-hungry children and the annoying guy in the office who won’t stop wearing that Santa cap with his cat’s name glitter-glued on the side dare not reach. The 50-minutelong “Deep Sea” feature at the Mugar Omni Theatre’s five-story IMAX screen takes you through the underwater worlds of mantis shrimp, manta rays and the glorious Humboldt squid. There’s also an appearance by the fearsome octopus, now in the news after Australian scientists unveiled footage earlier this week of the mysterious creature collecting coconut shells for a unique shelter off the coast of Indonesia. This sudden demonstration of tool use is startling, so consider “Deep Sea” proactive research for mankind’s inevitable battle against the rise of the mighty Kraken and his vicious army of ruthless cephalopods. Or something.
Info: mos.org, 617-723-2500
Posted by Michael Marotta at 10:03 AM