As major radio stations stay corporate and Apple plays a shell game with its song-pricing plan, it’s good to see DIY is alive and well around the Hub. One of its epicenters is Record Hospital (the underground rock wing at WHRB-FM (95.3), which this weekend welcomes 20 bands that don’t care about anything other than making great music on their terms. Descend on Harvard Square to catch the garage rock swagger of Thick Shakes, the experimental fury of Life Partners and the ferocious post-hardcore of Daniel Striped Tiger, among others. No booze, no attitude, no false promises - just good tunes.
Info: recordhospital.org, rhshows@gmail.com 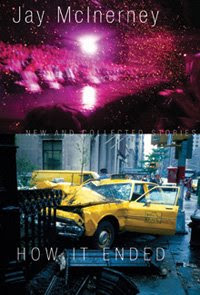 BRAT CHAT
Jay McInerney reading at Brookline Booksmith
279 Harvard St., Brookline; Monday at 7 p.m. FREE.
Once upon a time, choosing between Jay McInerney and Bret Easton Ellis was the literary equivalent of asking “Ginger or Mary Ann?” Hartford, Conn.-born McInerney returns to New England on Monday to read from his new collection of short stories, “How It Ended.” Resurrecting some old characters and introducing a handful of new ones, it’s good to see McInerney’s literary lights still shine bright, even if he was always the Ginger of the two.
Info: 617-566-6660, brooklinebooksmith.com

OYSTER BAY
Legal Sea Foods $1 oysters on the half shell
Boston-area Legal Sea Foods locations; Open daily, the special runs from 3 to 6 p.m.
It sounds demonic, but it’s probably just delicious. Legal Sea Foods has introduced its “Six for Six before Six” event, which offers bar patrons a devilish serving of a half-dozen oysters for $6 before 6 p.m. Alliteration and consistency is nice and all, but will Legal take it off the menu if the Bruins [team stats] end up facing the New Jersey Devils in the NHL’s Eastern Conference Final? Talk about a bad omen.
Info: legalseafoods.com
Posted by Michael Marotta at 10:37 AM