From my Hotline column in today's Herald: When Radiohead released “In Rainbows” online late last year without a fixed price, the band figured fans would chip in a few bucks to download the album. It was right. 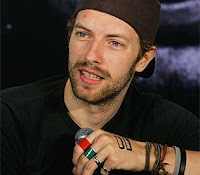 So maybe Coldplay already understands that most self-respecting folks won’t pony up a dirty dime to hear the first track off the overwrought UK balladeers’ upcoming album. Which is why Coldplay’s new single, “Violet Hill,” is available for free download starting Tuesday, when fans can darken their former shade of “Yellow” over at coldplay.com/song starting at 7:15 a.m. Fans then have to pay for it after one week.

“Violet Hill” is the first track off the band’s upcoming album, the ridiculously titled “Viva La Vida or Death and All His Friends.” Not to be outdone, Coldplay is also playing two massive free concerts, one at London’s Brixton Academy and the other at New York’s Madison Square Garden (June 23).

The free show at MSG should be the ugliest display of cheap grandiosity since Sean Avery suited up for the New York Rangers.

First off, never allow me to complain about my job after that Avery comment was published. Ever. But the entry also led to some fairly flacid hate-mail, most of which was a variation of "Why you no like the Coldplay?!?!" Sadly, this email from GTD, with "Get real, please" in the subject line, was my Russian breadwinner: "What on earth is your problem with those guys putting on a free concert?? Go pick on someone who actually deserves it. Snooty idiot."