The power of Flashdance, 25 years later

It was just another miserable Monday this morning, as I spent too much time in bed trying to make sense of my stingray-in-the-nightclub dream all while providing a warm cocoon in which Lola could sleep snugly. I was slow to rise, staggering to shake the malaise of the previous weekend of nothingness, the haze of izm clouding my head and the taste of Jager palatable in the back of my throat.

After fleeing the Joker’s Cave, my next challenge was to chip away the ice on my car. Once inside and revved up (the car, not me) I was aurally met with a sonic barrage of radio feces: the new Spoon jam, that late '90s Alice DeeJay club song "Talk to Me," another shit sandwich of a single by Jet, and something else that might have been Deep Blue Something's follow up to "Breakfast at Tiffany's," but I remained unconvinced until I changed the station and stopped thinking about it. 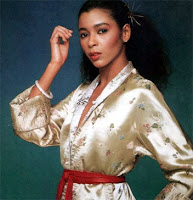 But as I glide down the slippery Mass Pike to where I-93 appears with reckless abandon, my spirits were suddenly lifted, as if the talons of pop's hawk-like masterpiece grabbed me by the shoulders and carried me through the sky and carefully placed me in the comforting lyrical womb of the legendary Irene Cara.

"First, when there's nothing but a slow glowing dream / That your fear seems to hide deep inside your mind / All alone I have cried silent tears full of pride / In a world made of steel, made of stone..."

Then, moments later... the song explodes, taking me on a journey like few others in my morning commute…

"What a feeling, bein's believin' / I can't have it all, now I'm dancin' for my life / Take your passion, and make it happen / Pictures come alive, you can dance right through your life"

And as quickly as it arrived, the joy ended. I pulled into the Herald parking lot, and braced for another day, knowing its apex is already behind me, and it's not even 10am. But emotions come and go, and time rarely stands still. Yet, though it all, like a sterling beacon in the cloudy skies of tepid depression, there is the Flashdance Soundtrack.
Posted by Michael Marotta at 9:24 AM