My taste in music takes another hit So I’m driving home from some shitty attempt at Christmas shopping last night, zipping recklessly up Memorial Drive and staring at the Boston skyline – which remains on the ever-dwindling list of things I love about this fetid corpse of a city I soon must leave – and I hear some saccharine-soaked, addictive-like-whoa pop song come on the radio.

Now, understand, I’m listening to Kiss FM. Well, not listening listening, but flipping through the stations, hoping to hear something decent, maybe even that Cascada song I’m obsessed with. (Yes, you all know how much of a bitch I am for euro-girlpop.)

So this "I can’t wait to see you again" jam comes on. And the volume gets louder, and louder, and louder, until it reaches the point where if 5.0 doesn't stop a 9-year-old in the car, I'm going to jail. By the time I hit the BU Bridge I’m in full-blown, full-motherfucking-frontal Rock Out mode. Holy shit this song rules. I’m hooked. 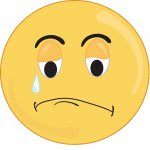 I get home, and plug the lyrics that I can vaguely remember into Google. Then it appears, smacking me in the dome like a bleary-eyed haddock fresh out of the water. The fucking song is released by Disney, and it’s by Miley Cyrus, who is not only Billy Ray Cyrus’ daughter, but also the "Part II" or whatever to the Hannah Montana phenomenon/empire/black tar heroin fix for pre-teen girls.

Great, now I’m CREEPY too. But I dare you to listen to this song and tell me it doesn’t rules eight ways north, south, east and west to Sunday. Enjoy at your own risk
Posted by Michael Marotta at 11:24 AM