12 songs! 29 minutes! Endless noisy melody and heartbreak! Oh yes, the long-awaited Best Coast debut album will see the light o' day through Mexican Summer Records on July 27. It's called "Crazy For You" and I'm already obsessed with it without even hearing it! OH MY!!!

And -- get this -- it'll be ALL NEW JAMS, not just a collection of previous singles and 7-inches (though Vanyaland obsession "When I'm With You" is rightfully all up in that bitch as a bonus track). Post-grunge surf-pop, bitches! 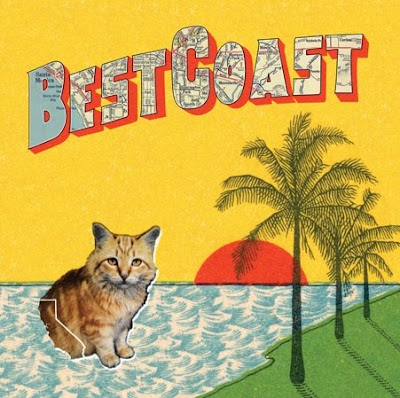 Here's word from those LA cats at Rock Steady:

The band's much-awaited debut album was recorded at Black Iris, a studio in LA's Echo Park neighborhood, by Lewis Pesacov of the bands Fool's Gold and Foreign Born. The result is a collection of maudlin and magical songs that approach relationships with a pure heart, a cloudy mind and pair of gas station sunglasses.

None of the songs on Crazy for You were previously released on the earlier 7-inches. For the album's sessions Cosentino brought in a collection of demos she had never sent to Bruno. "I wanted the record to be something completely fresh and new," says Cosentino. "I just felt like my first record needed to be really special."

With an exciting press embrace, and an aggressive touring schedule, Best Coast are bound to be a memorable and important act starting in Summer 2010 and imminent adventures onwards. 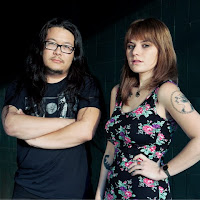