Where will this secret U2 club show be?

So it looks like everyone will have to wait until March 9 to find out where that secret U2 club show will be held. 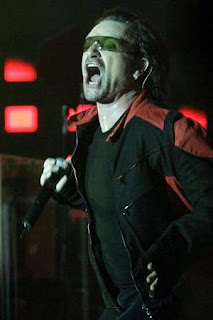 Even the shitload of radio stations giving away tickets today were kept in the dark about the selected venue for the March 11 gig, and Live Nation repeatedly refuted claims by the Globe that it will go down at the Paradise Rock Club.

Currently, the Wailers have a sold-out show booked that night at the Dise, and if moved, it will be the most notable Wailer relocation since the Hartford hockey team left for Carolina (Ok, that's a better joke spoken than read, fine).

One thing is certain: It’s already a busy night in Boston on March 11, with few venues open to accommodate U2 and their “No Line On The Horizon” publicity push.

So far, the concert calendar includes the Bacon Brothers at the Hard Rock Café, Eli “Paperboy” Reed & the True Loves at the Middle East, George Thorogood & the Destroyers at House of Blues, Hall & Oates at the Orpheum, Tricky at the Roxy and of course, the Wailers at the Paradise.

A Live Nation source told me (repping the day job) that neither the Wailers show at the Paradise nor the Thorogood show at the House of Blues will be moved or rescheduled. Not that they wouldn't lie about this sort of shit.

“Both bands are 100 percent playing their shows,” the source said.

One venue that has nothing scheduled is the Wilbur Theatre. When asked via email about a possible match between the Wilbur and U2, owner Bill Blummenreich simply responded “no comment.” Speculate as you see fit.

My guess? The Dise or Wilbur. But I'm holding out for PAs Lounge.
Posted by Michael Marotta at 12:39 PM