Ironically, the list of contenders in the 31st annual BCN Rock N Roll Rumble were announced right after the finale of the Tool Academy last night. What is fairly noteworthy, however, is that after a two year absense the glorified Battle of the Bands moves back to the Middle East in Cambridge. Here are the bands, with dates below. No, I ain't hyperlinking all of them. Do a Google search. 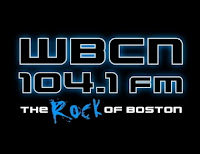 Finals - Fri, April 24 downstairs
Posted by Michael Marotta at 8:16 AM