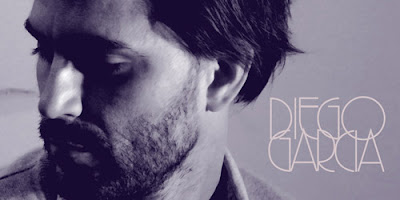 Boston Phoenix On The Download: Elefant's Diego Garcia gets romantic

Depending on your opinion of New York's post-punk revival of the early 2000s, Elefant's 2003 debut album Sunlight Makes Me Paranoid is either a second-wave Bowie-drunk Strokes rip-off or one of the more solid rock releases in a time of not very many solid rock releases. Though the band's sparkle would quickly fade -- 2006 follow-up The Black Magic Show was a total dud -- there is enough charm the first album ("Misfit," "Bokkie") to look back relatively fondly on Elefant with a bit of revisionist critique.

But all that seems a distant memory now as heartthrob front man Diego Garcia is back in action, trading in the now-tired angular guitar-rock sound for the bedroom-eyed romantic crooner that he clearly suppressed in his Elefant days. New release "You Were Never There" is way more Julio Iglesias than Julian Casablancas, and the paced string arrangement and world music texture seems to suit not only his vocal delivery but his whole lover-on-the-side persona. The fact that it sounds frighteningly like a Brett Anderson solo composition, however, is a conversation for another day (as is the weathered face).

In the meantime, ladies, Diego Garcia can be your hero, baby. Have a listen:

Posted by Michael Marotta at 10:26 AM