Fun in the Sun: Save Starlab BBQ!

On Saturday before the Independence Day Sobriety Apocalypse I went over to Union Square Somerville to peep the Save Starlab BBQ, an outdoor benefit featuring a few bands, some sales and lots'a eats.

I snapped some pics of Drug Rug and Doomstar, respectively below, and word on the street is that enough loot was raised to offset the Starlab practice space and recording studio's ongoing basement water damage. The other bands that played were Sleepy Very Sleepy and Movers & Shakers, but apparently I was too busy buying "The Simpsons" Seasons 1 and 2 and stuffing my face to snap photos. So despite the lack of photo evidence: nice work, local rock scene. 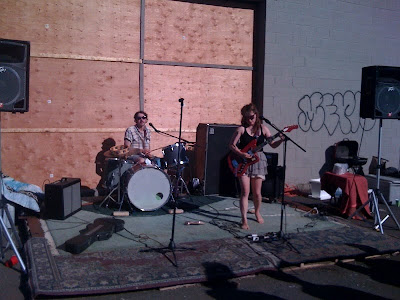 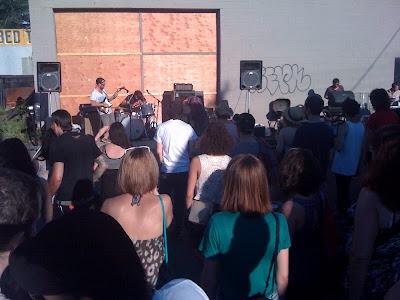 Posted by Michael Marotta at 12:34 PM