Everyone from the Police to the Verve have reunited in recent years, but don’t expect the legendary British indie band the Stone Roses to reform any time soon. 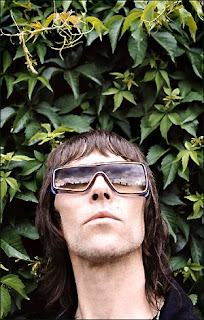 In a interview with Reuters last week, former Roses front man and current solo artist Ian Brown said there is “no chance” of a reunion of the band that disbanded in the mid-‘90s after redefining British indie almost two decades ago.

“Not in the next three lifetimes,” Brown told the press.

Translation: Bet on a Stone Roses reunion by 2010, as a headlining appearance at a cash-cow UK festival like Reading. Hey, everyone’s got bills to pay, and everyone stopped buying "Second Coming" three weeks after its release.
Posted by Michael Marotta at 11:26 AM