In the Papers, Aug. 21 edition

As I pick up my shattered ego from witnessing the Faint at the Roxy last night (Decent enough new album, didn't do anything for me live; but they played "Glass Dance" as the opener which was awesome, and allowed me to leave after seven songs and four $9 drinks later). From today's Boston Herald: 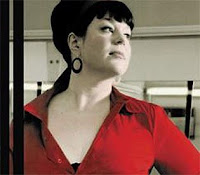 - The lovely and talented Miss Jordan Valentine has swapped Sinners for Saints as the former World's Greatest Sinners front woman has a new bag, Jordan Valentine & the Sunday Saints. Playing the Plough for free this Saturday.


- Other Cheap Weekend Thrills include fantasy football draft party at Game On, Allston squirt gun fight this Saturday and the August Moon fest in Quincy.

- Style Calendar: Ladies Luxury at the Marina Bay Beach Club; running of the brides and other random fashion notes for the week.
Posted by Michael Marotta at 10:27 AM