Some random music ramblings on a Wednesday, as I debate whether to see the Daily Pravda tonight at TTs:

- You may recall Saintface, a pill stage veteran beloved by Ken, Terence and I. Well, vocalist Peter Riley and keyboardist Michael Parkin have teamed up to create The Dossier, which is essentially a synthpop version of Saintface. So in other words, it fucking rules. There are few songwriting storytellers out there quite like Mr. Riley. Expect a pill date this summer, but listen up to hold you over. "Sunrise" and "Another Night Another Day" are Vanyalicious.

- Despite not wanting to, I really dig Salford duo the Ting Ting's new jam "Great DJ." They're at Great Scott on June 19, which is a make-up date for when they blew Boston off to jerk off on industry folk at a free show in NYC last month. Warning: the Boston date is sandwiched between a NYC date June 18 and a Brooklyn date June 20, so it's entirely possible they may just stay in the Dirty Apple on the off-day and get fucked up. Remember when you needed two good songs to say fuck you to a thriving modern metropolis? God bless this Modern Age. 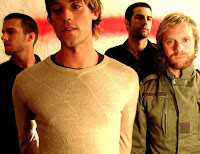 - Taxpayer, who return to the pill next Friday, is currently busy at Camp Street studio in Cambridge (the site formerly called Fort Apache) working on a full-length follow-up to 2005’s “Bones & Lungs” album. Tentatively called “Don’t Steal My Night Vision,” it's being recording under the watch of producer Paul Q. Kolderie, who has worked with the Pixies, Radiohead and the Information. Taxpayer is now a quintet, having added former Bang Camaro guitarist Maclaine Diemer into the mix. He “plays everything,” the band says. 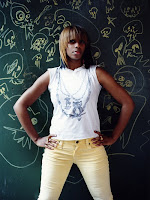 - I still don't know if I love Santogold or hate her. Judge for me. But I am getting this weird assed 'Til Tuesday vibe, which along with the MIA comparisons, should fast track this cat to stardom. Or faux-stardom, which I hear is all the rage in the oh-ate.

- Lastly, I'm DJing the These New Puritans and Passion Pit show on June 9 at Great Scott. FYI and shit.
Posted by Michael Marotta at 12:05 PM