Back on the scene, crispy and clean 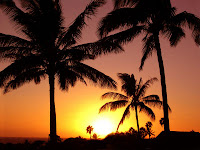 Back from vacation! Spent in sunny Allston and various pitstops across the greater Boston area. What a week.

Clearly, 2008 is already shaping up to be an incredible year, and within 15 days I think I’ve smiled, laughed and felt ASOA (all sorts of awesome) more than I had in the dormant, cash-in-your-dreams year of 2007.

Between a torrid love-affair-turned-sudden-relationship, the freedom to roll how I pleased and the pressures of work evaporated from above, it was truly a week for the ages. I was going to keep a running blog of the full-frontal awesome that bore all before me each sunny day, but I elected to steer clear of any real writing. 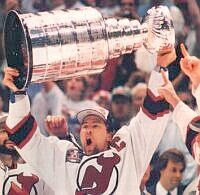 I will say that on Wednesday afternoon, watching a Britpop video hour on MTV2 followed by Game 2 of the Devils-Wings ’95 Stanley Cup Finals (THe game where Scott Stevens almost killed Slava Kozlov) on the NHL Network was pure bliss. Not a highlight, because of those there were several, but definitely a fine moment. For a while, I thought that all that was broadcast during the day while I’m in the newsroom were the original Star Wars trilogy, Britpop videos and Devils highlights. But maybe it was just my week.

- Caught the premiere of Rock of Love II last night, and I’m already petitioning it to be renamed "Cock of Love," because half these broads are men. Aubry looks like a cross between a space alien and a beat-up version of Stevie Rachelle of Tuff, and Angelique *has* to be a dude. Kristy Joe and Megan are sure-fire finalists, but Megan had already won "Beauty & the Geek 3," so what the fuck is that about? I am psyched that Lacey, Heather and Rodeo all come back to kick some tranny ass in the coming weeks.

- If you have a spare bag of izm laying around, go rent Smiley Face. Basically, Anna Faris spends an hour-plus being stoned off her head, trying to get to Venice to repay a dealer, and the shenanigans that ensue are sure to cement the flick as a pothead classic. It was directed and produced by Greg Araki, which gets me all gooey as I’m one of the few people who absolutely loved "Nowhere," "Doom Generation," and even fucking "Splendor." The Karate Kid’s Billy Zabka even makes a cameo.

- I’m hearing Justice tickets sold out in an hour, and now they’re on shit like StubHub for as high as $212. Jesus Christ, already. But hey, I think I paid $30 to see Fischerspooner at Irving Plaza in 2001, so I guess it's all relative. At least I'm guest listed for this.
Posted by Michael Marotta at 1:11 PM